Cricket » Cricket Books » Cricket Club History » ANNALS OF THE FREE FORESTERS, FROM 1856 TO THE PRESENT DAY

ANNALS OF THE FREE FORESTERS, FROM 1856 TO THE PRESENT DAY 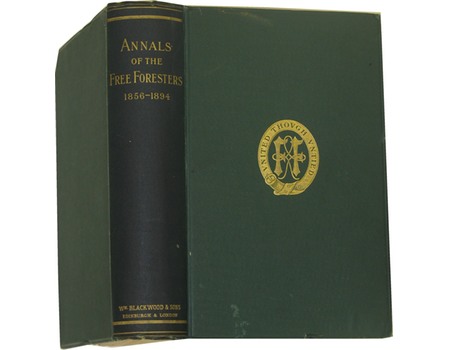 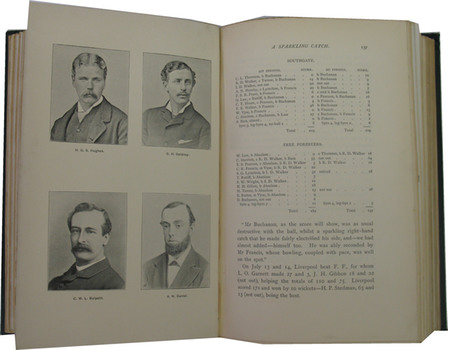 A very detailed, year-by-year, account of all matches played by this peripatetic cricket club, established July 20 1856. The club was initially brought together for a match organised by the local parson W.K.R. Bedford, the club's founding father. His Rectory Ground Field at Sutton Coldfield was the venue for the first match, against Pilgrims of the Dee from Cheshire.

Large 8vo. 401pp. Portrait frontis of W.K.R. Bedford (the club's founder), plus numerous other plates and illustrations. Original green cloth with the club's motto "United Though Untied" embossed in gilt on front. Purple end-papers. Corners bumped, one small dent to bottom edge of front cover. Ex-libris A.D. Taylor, the well-known cricket collector and author, with his signature and dealer label laid down at the top of Contents pages and inside back cover. A very good copy.