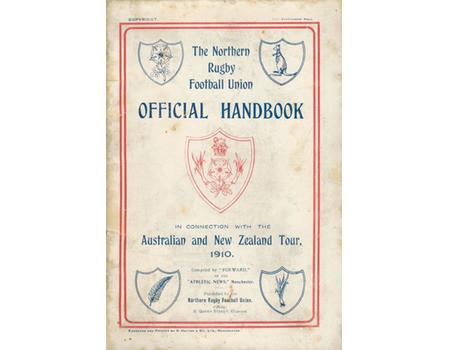 Official handbook/tour brochure, published for the Great Britain rugby league tour to Australia and New Zealand in 1910. This was the very first tour made by the British team and contained only the second "Ashes" series. They defeated Australia 2-0 and New Zealand 1-0. Includes full page photographic and pen portraits of all the players going on the tour and a provisional list of matches.