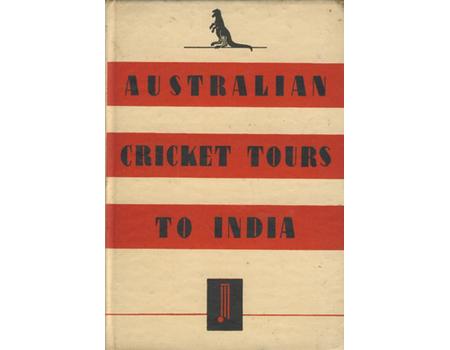 Cricket book. Looks at the first two Australian cricket tours of India - in 1935-36 and in 1945. The first tour was essentially a "second team" as a tour had also been organised to South Africa, although it did include such players as Macartney, Ryder and Hendry. The 1945 tour was an Australian Services team including Hassett and Miller. Published hastily to satisfy the Indian market's growing hunger for cricket literature.