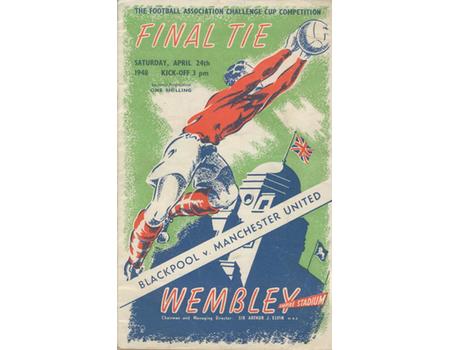 Official programme for the 1948 FA Cup Final between Manchester United and Blackpool. United twice came from behind to end up 4-2 winners, Rowley netting twice.

Staples have been removed to prevent further rust and have been replaced very neatly with thread - mild rust marks present. Team changes and goal scorers neatly in ink to centre spread. Small area of ink notes to back cover which has also lost one corner. A good/very good copy.