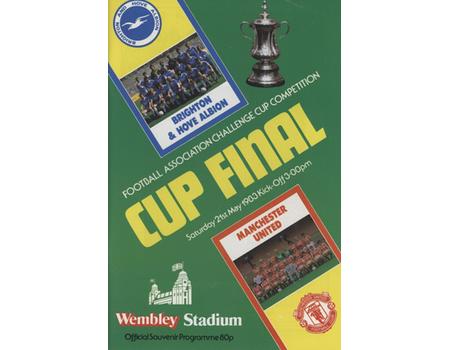 Official programme for the 1983 FA Cup Final between Manchester United and Brighton & Hove Albion, played at Wembley on May 21st. The game ended drawn at 2-2, though Smith, the Brighton striker, had a late chance to nick it for the Seagulls, only to be foiled by Bailey. The radio commentary quote by Peter Jones at the time "...and Smith must score", was susequently used as the title of the Brighton fanzine. United won the replay the following Thursday evening 4-0.