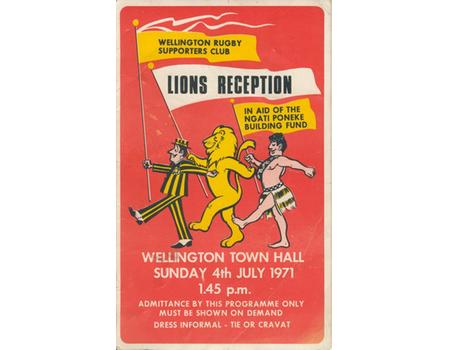 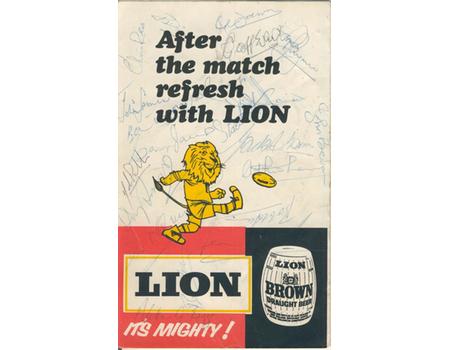 Official programme for an afternoon of events to welcome the British Lions rugby team, held at Wellington Town Hall on July 4th 1971. The Lions team is still the only one to win a Test series in New Zealand. Signed to the inside by Bevan and Duckham, and to the back cover by about 20 further players and staff, including Dawes, Rea, Carwyn James (coach), Hiller, Bevan (again), Davies, Biggar, Evans, Spencer, Lewis, Pullin, John and Quinnell.