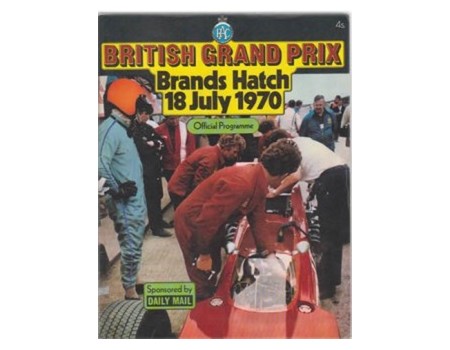 Official programme for the R.A.C. British Grand Prix held at Brands Hatch, July 18th 1970. The race was won by the Austrian driver, Jochen Rindt, in a Lotus, who dominated the season before his tragic death at Monza. He was awarded the Formula One World Championship posthumously (despite a late charge from Ickx). Brabham and Hulme came second and third.