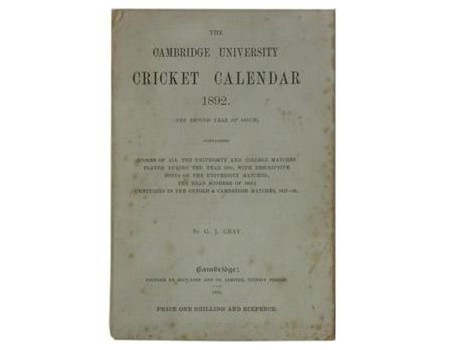 The second year of issue, containing cricket scores of all inter university and college matches in 1891.