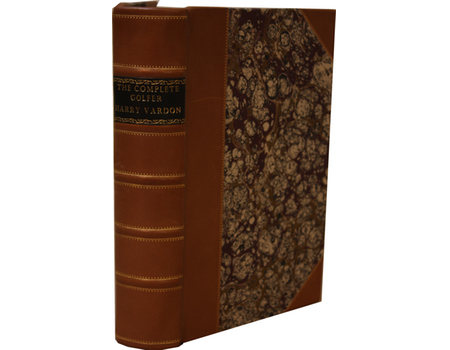 One of the key instructional books. Harry Vardon (1870-1937) was a member of the fabled Great Triumvirate, the three greatest golfers of their day (indeed they were all born within 13 months of each other), along with J.H. Taylor and James Braid. Born in Jersey, Vardon came to golf in his teens and by the age of 21 had turned pro and was well on his way to becoming the game's first superstar. He won the first of his record six Open Championships in 1896.