CRICKETERS FROM THE WEST INDIES. THE 1963 TOUR OFFICIAL BROCHURE (MULTI-SIGNED) 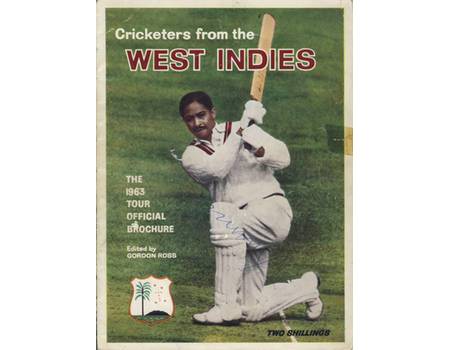 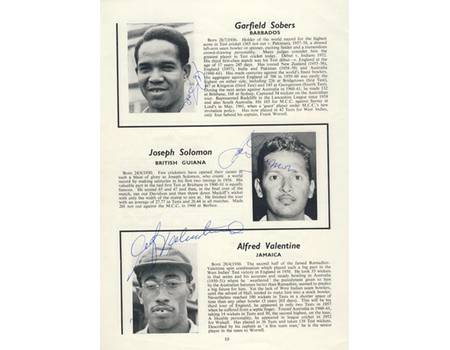 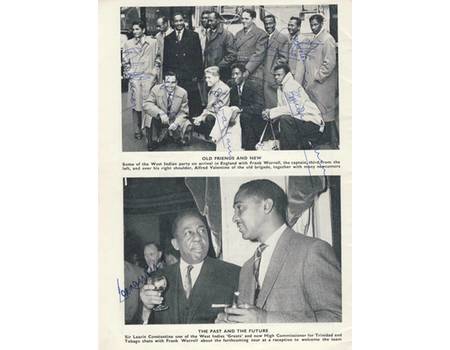 Pre-tour souvenir of the time, edited by Gordon Ross with pen pics of the tourists, Test records between the countries, photos of six "Great West Indians", notes on previous tours and the 1963 fixtures. Signed in ink on the front cover by Frank Worrell and to their pen portraits by all the other players - Hunte, Allan, Butcher, Carew, Gibbs, Hall, Kanhai, King, McMorris, Murray, Nurse, Rodriguez, Sobers, Solomon and Valentine. The only one who has not signed is Griffith. Also signed to relevant photographs by Berkley Gaskin (manager), Colin Cowdrey, Peter May, Trevor Bailey, Tom Graveney (twice), Peter Richardson and Learie Constantine (twice). The team photograph on the final page is also signed by 8 of the players.