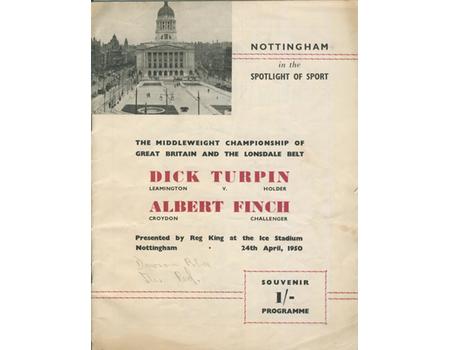 Official programme for the fight at the Ice Stadium, Nottingham, on April 24th 1950. In this rematch Finch won the Lonsdale Belt and Britsh Middleweight Championship after being knocked down himself twice. He lost the title six months later to Turpin's brother Randolph. Randolph was also on the bill.