GLADIATORS OF THE PRIZE RING AND MY WORLD TRAVELS 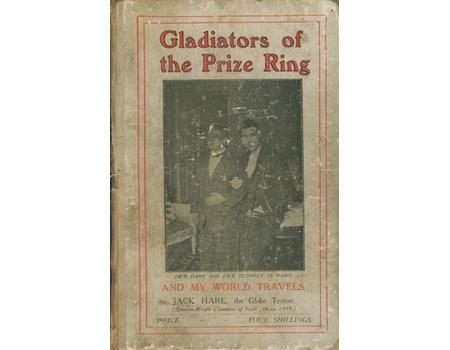 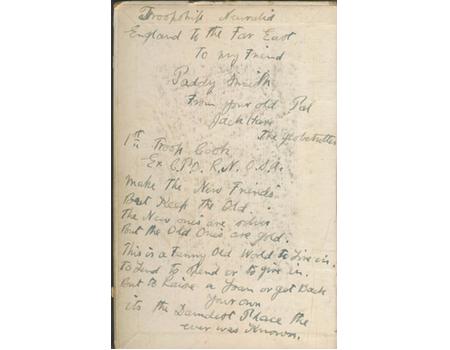 The travels of a British boxing enthusiast. With an introduction by Jack Dempsey. Hare was the bantam-weight Champion of South Africa in 1899.

1st edition. 8vo. 304pp. Frontis of the author and further photos in text. Original photographic boards, heavily rubbed in places. Gutters becoming exposed. A good copy. Signed with a very long inscription by Jack Hare to front pastedown. The book is inscribed: "Troopship Neuralia, England to the Far East. To my friend Paddy Smith, from your old pal Jack Hare, the Globetrotter". There then follows a poem and Hare's address in Southampton. Hare would have been a cook on the Neuralia and it is possible that Paddy Smith was the American light-weight boxer, active in the 1890s (when Hare would have been in the US).