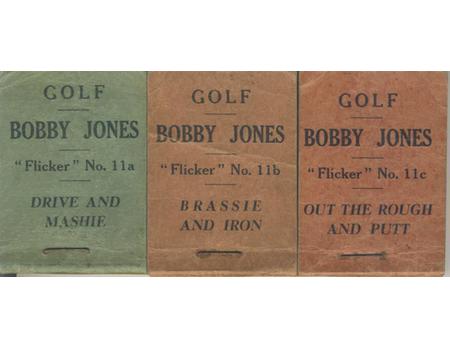 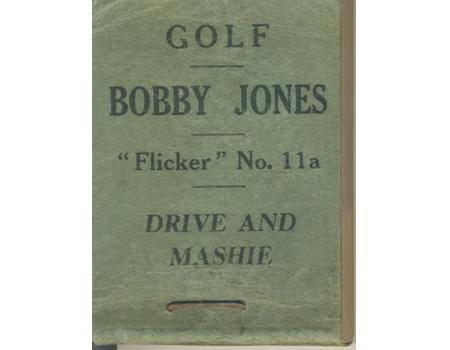 In the late 1920's Norman Loudon, who later went on to found Shepperton Film Studios, was experimenting with high speed photography, producing  flicker books which he thought could prove an invaluable aid to sportsmen looking to improve their technique by observing the top players in each field in great detail at each stage of their actions.

1st editions. 2x3" each, 50 double sided pages plus 2pp. This set comprises numbers 11a, 11b & 11c of the 'Flicker: Teach the Game - First series' each depicting legend Bobby Jones in two swings, one running each way through the book. 11a being 'Drive and Mashie', 11b 'Brassie and Iron' and 11c ' Out the Rough and Putt'. 11a in green titled card. Internally clean. Covers lightly rubbed but generally a very good set.