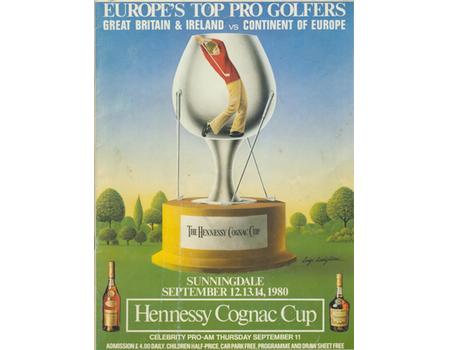 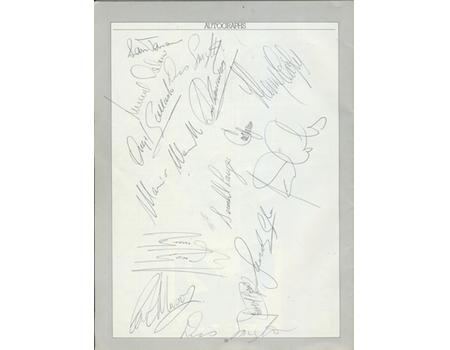 Official programme for the 1980 Hennessy Cognac Cup, played at Sunningdale on September 12-14 1980. The match was between a Great Britain and Ireland team and a Continental Europe team. Signed to the autographs page by many players, including Seve Ballesteros, Torrance, Lyle, Langer, Brian Barnes, Neil Coles, Carl Mason, Des Smyth and Canizares. Also signed by the boxer Henry Cooper. A few further autographs are not recognised.