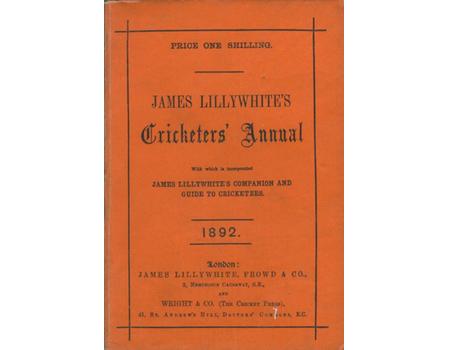 Edited by Charles Alcock. Twenty-first year of issue, covering the 1891 season. Known as the "Red Lilly", this annual was the last of three annuals published by the Lillywhites, the others being the Companion and the Guide. The Annual ran for 29 editions between 1872 and 1900, with two issues of 1872. From 1885 onwards the Annual incorporated John Lillywhite's Cricketer's Companion.