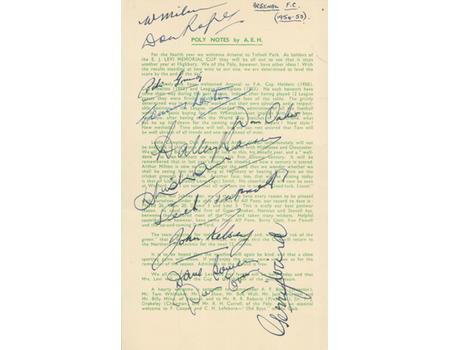 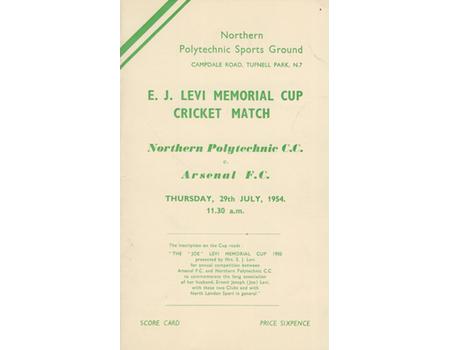 Official scorecard for a cricket match played between Northern Polytechnic CC and Arsenal Football Club on July 29th, 1954. This was a regular fixture of the 1950s, competing for the E.J. (Joe) Levi trophy. Levi had been closely linked with both clubs and was one of the "Herbert Chapman Pals". Arsenal won the match by 5 wickets with Holton, Dove and Lishman starring. Walley Barnes was run out for 0.