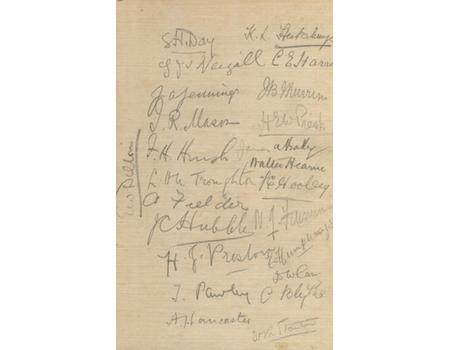 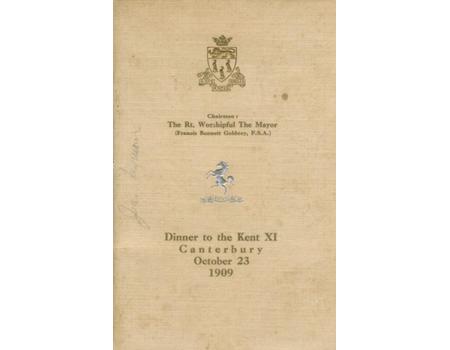 Signed in pencil on the inside of the back cover by 26 guests, including 17 members of the victorious 1909 team - SH Day, Jennings, Mason, Huish, Troughton, Fielder, Hubble, Preston, Dillon, Hutchings, Prest, Woolley, Fairservice, Humphreys, Carr, Blythe and James Seymour, who has signed on the front - this menu card belonged to him. Also signed by Lord Harris (to internal page), GJV Weigall, TE Pawley, A Lancaster, C.E. Harris, Walter Hearne (scorer) and 3 unidentified, but likely to be non-playing staff.