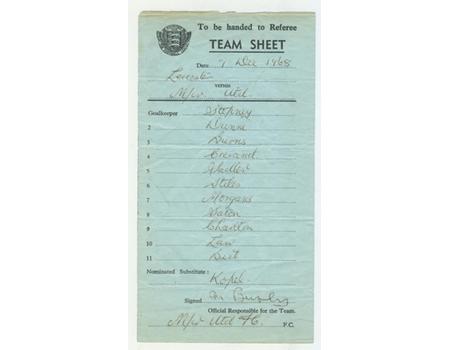 An original team sheet showing the Manchester United team to play Leicester City on December 7th, 1968. This was the sheet that would have been handed to the referee prior to the game, confirming the starting team. It is signed to the bottom by the Manchester United manager Sir Matt Busby, in his last full season in charge. Despite the presence of Charlton, Best and Law (amongst others) Leicester City won the match 2-1, although they were relegated come the end of the season.