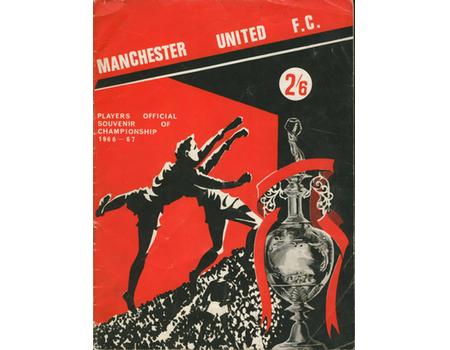 Issued by the club to celebrate United's Championship-winning season of 1966-67 under Matt Busby. George Best is described as 'a colourfully modern character, he has a "with-it" taste in clothes and a Beatle hair-cut'.