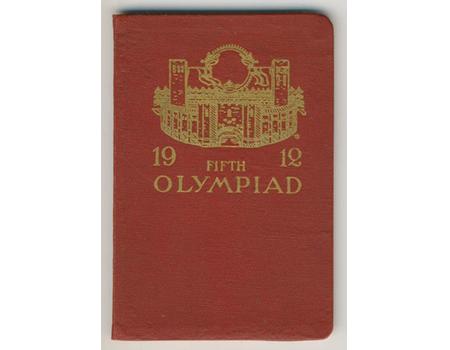 Small booklet containing rules and competition arrangements for the athletics events of the Stockholm Olympic Games of 1912. Includes dimensions and lay out of the stadium, explanation of how each event is organised - heats, semi-finals etc. This was presented to all competitors, trainers, staff etc who were competing at the games. This particular booklet belonged to the great Ahtletics coach Sam Mussabini, who later coached Harold Abrahams at the 1924 Olympics. In Stockholm Mussabini coached William Applegarth to a bronze medal in the 200 metres. From the family of Sam Mussabini.