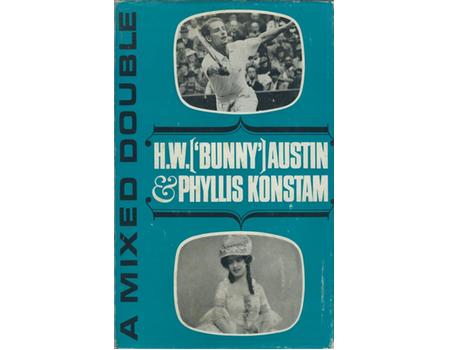 Tennis book. "Bunny" Austin (1906-2000) was the last male British player (until Andy Murray) to reach the Wimbledon Men's singles final, in 1938. He was also a key  member of the British Davis Cup team that won the cup three time during 1933-35. He was also the first tennis player to wear shorts.