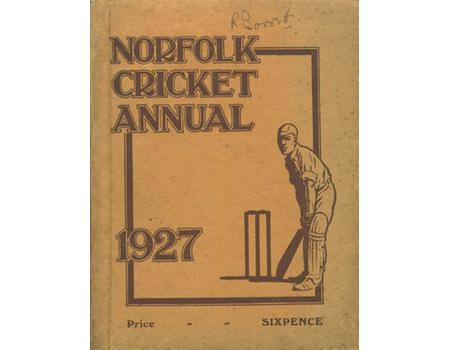 Second of only two years of publication. Includes details of matches in 1926 (including scorecards), articles, accounts, lists of subscribers etc.

Paper-covered boards. 13.5 x 10.5cm. 128pp. Some light foxing to front cover, but generally in very good condition. Originally belonged to Robert Borrett, one of the compilers, with his name to front cover. He also notes inside that the new President JHF Walter, who has a short biography included, died around the time of publication. One further small ink correction inside by Borrett.