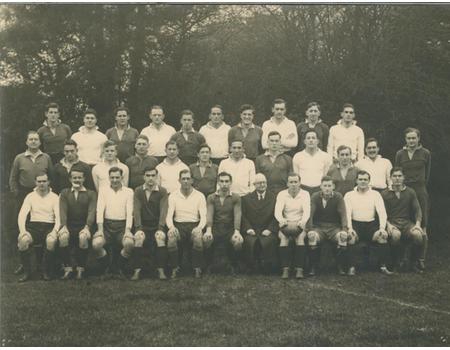 Original photograph of the Oxford University and Major Stanley teams that played each other, probably in 1950. Cyril Gadney was the referee (left, middle row) and others featured include Billy Cleaver (Wales and 1950 Lions), Keith Geddes (Scotland), Jack Matthews and, of course, Major Stanley. The owner of the photograph who, based on notes to the reverse, was in the front row, has noted that "four along at the top is a Kiwi - a proper b***ard. Can't remember his name".