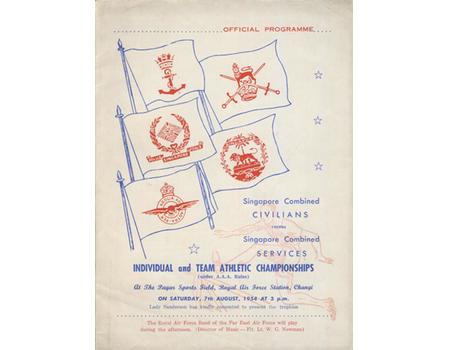 Official programme for the athletics competition held in Changi on August 7th 1954. Lieutenant Colonel Charles Reidy won the hammer competition with a new Singapore record. Before the War Reidy had played rugby for Ireland and had later become an important figure in the development of hammer throwing in the UK.