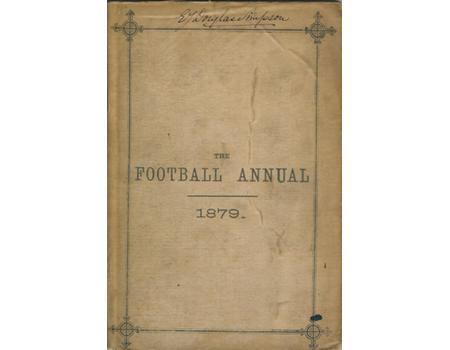 The 12th edition of the Football Association's 'Annual'. Contains definition of rules of association football as well as variations for rugby union and a look at the 1878-79 season in both codes - rugby union by A.G. Guillemard and football by C.W. Alcock. Also includes school, local, county and provincial association and international match results and season reports.