Two huge cricket records at the Oval smashed  by two different cricketers and best friends in the last Test match before one of them retires from international cricket…it reads like a plot of a corny cricket novel. But, as we all know, James Anderson and Alastair Cook made it happen in the latest Test match, England v India, at the Oval. Cook had already announced his imminent retirement so we all knew this was to be his last innings as an international batsman. He clearly didn’t dwell on the fortunes of a legendary, ‘invincible’ batsman’s last innings at the Oval sixty years before him. Donald Bradman, still with a possibly unbeatable Test match average of 99.4, was  then cruelly out for a duck.

James Anderson, not to be outdone by his best friend, took his 450th Test wicket in the same match. He became ICC’s top ranked Test match bowler for the first time. He broke Glen McGrath’s record for Test wickets and so stepped into the lead for being the fast bowler to take the most wickets in Test cricket history. Both Anderson and Cook’s records and achievements are phenomenal. 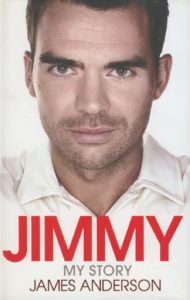 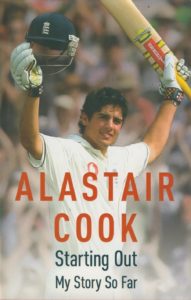 If we wanted to be really picky about the pair, however, we might suggest they put a tiny bit of the kind of incredible effort they’ve put into their skills and achievements as cricketers into the naming of their respective cricket autobiographies. Alastair Cook, “Starting Out. My Story so Far”; James Anderson, “My Story”…it reminds us a bit of that corny cricket novel again…