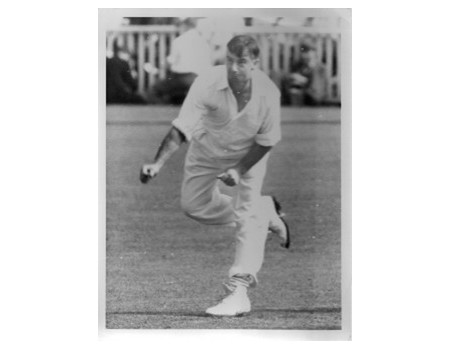 Original Press cricket photograph. Moir  was a legbreak bowler who played 17 Tests for his country.

Moir is remembered for two particular reasons. The first was when, against England in 1951, he bowled two consecutive overs, the last before tea and the first immediately after. The second, in the following season, caused a lot of debate at the time. West Indian opener Allan Rae had scored 10 runs in a Test match in Auckland when he could have been run out by yards. He had slipped over but Moir refused to take off the bails, simply marching away to his bowling mark.