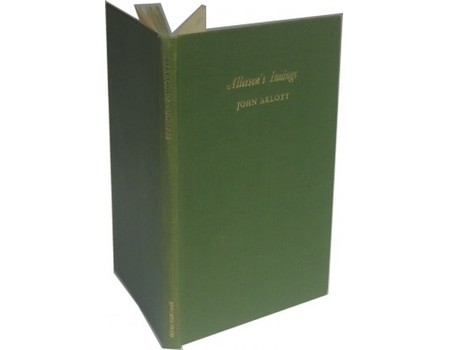 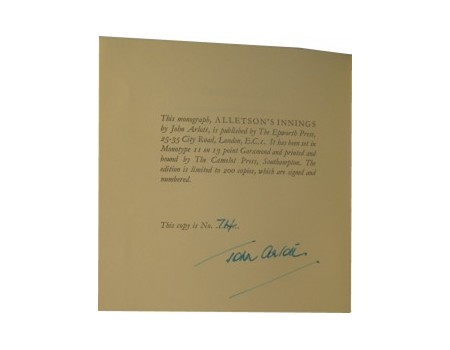 "On Saturday, 20th May 1911, at Hove, E. B. [Edwin Boaler] Alletson, batting for Notts against Sussex, scored 189 in 90 minutes; he made the last 142 of his runs in 40 minutes. This is the most remarkable sustained hitting innings ever played in first-class cricket" - John Arlott (1957) This is Arlott's account of that incredible innings. Also published in a standard, dust-wrappered, edition.