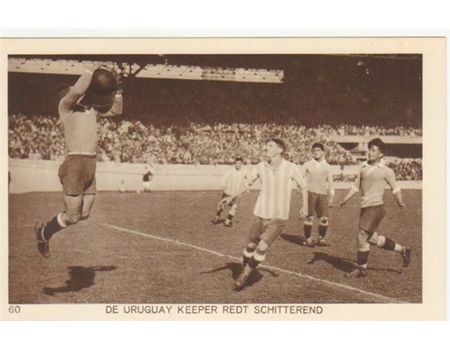 Sepia photo of the Uruguay goalkeeper repelling an Argentine attack during the Football Final, Amsterdam Olympic Stadium, 1928. Uruguay won the gold, a result they were to emulate in the first World Cup Final in Montevideo, 1930. White border. Postally unused. VG.