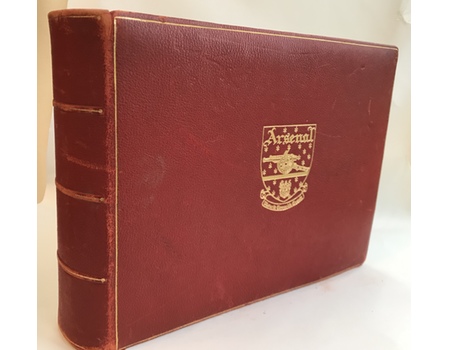 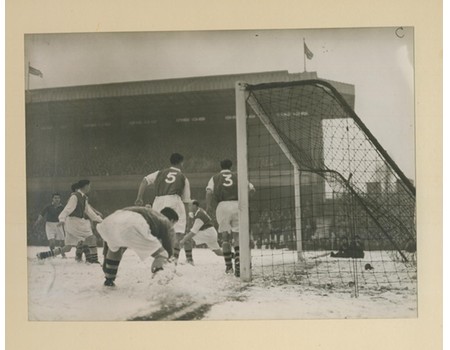 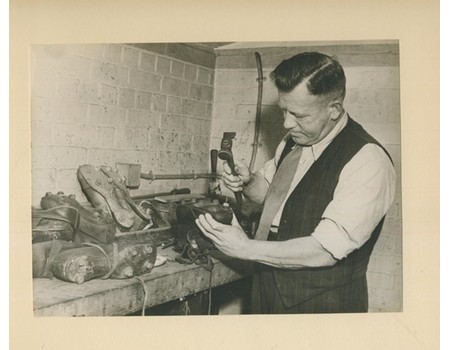 A lavish photograph album which was presented to Commander A.F. Bone (probably in 1951), a Director of Arsenal Football Club from 1946 until his death in 1962. Contains over 50 fine quality photographs, including many internal shots at Highbury, training sessions, back room staff going about their duties and, most impressively, some great action photographs from important recent matches, including the 1950 FA Cup final. Each photograph has a printed caption on the opposite page. The first page has a presentation to Commander Bone with the compliments of the Directors. In 1962 Commander Bone was replaced on the board of Directors by his son The Reverend N.F. Bone, and it was probably him who has pasted in to the back pages an appreciation of his father that was printed in a 1962 match day programme.

25 x 33cm. 53pp. Each page is thick card. Red leather-covered boards with gilt crest to front - corners and edges are a little rubbed. A very special record of Arsenal in the immediate post-war period.