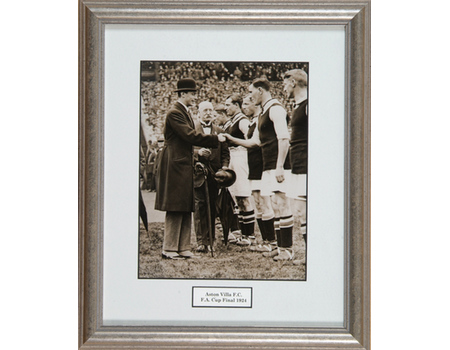 Original Press football photograph of the Villa players being introduced to the Duke of York, later George VI, before the FA Cup final against Newcastle United, which Villa lost 2-0. It was 33 years before they appeared again in the final.