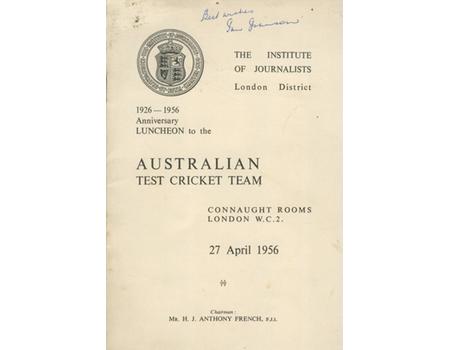 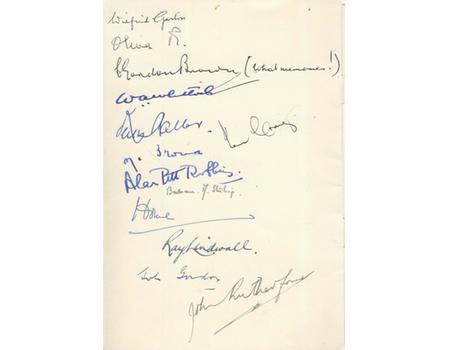 Menu card for a luncheon held at the Connaught Rooms, London, on April 27th 1956 in honour of the Australian touring team to mark the 30th anniversary of the Institute of Journalists.

20 x 14cm. 4pp. Stapled booklet. Signed to the front by the Australian captain Ian Johnson and to the inside by Miller, Craig, Lindwall, Rutherford and a number of journalists/writers, including Home Gordon and Alan Pitt Robbins. Lightly marked but still very good.