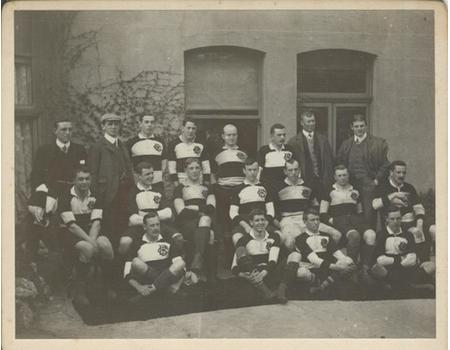 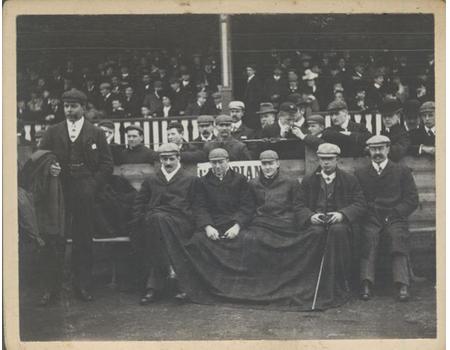 Original photograph of the Barbarians rugby team that played Devonport Albion on April 14th 1903. Those pictured are Roberts, Godfrey, H.R. Elliott, Dillon, Gibson, Hill, Graham, Bingham, Bedell-Sivright, Fraser, Scott, Skrimshaw, Hartley, Stout, Franks, E.W. Elliott, Brettargh, Wood and Brown. The Barbarians won the match 7-0. There is an image from the same photoshoot on page 40 of Nigel Starmer -Smith's "The Barbarians" although, interestingly, Brettargh has gone to the back row and T.A. Gibson is now sitting at the front. In the back row is E.W. Dillon, the well-known Kent cricketer who also played rugby for England.

Comes with another photograph of exactly the same size, showing what seems to be some of the Barbarian players sitting on the touchline. One of the players pictured is J.E. Franks, suggesting that this may have been taken at another Barbarians game around the same time.