BEHIND THE SCENES IN BIG FOOTBALL 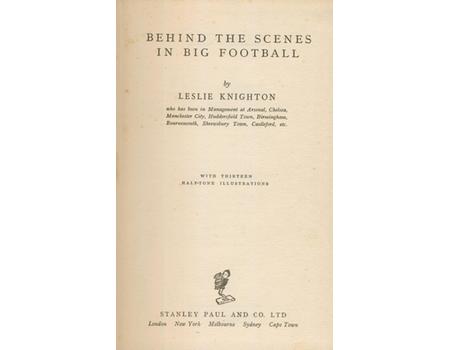