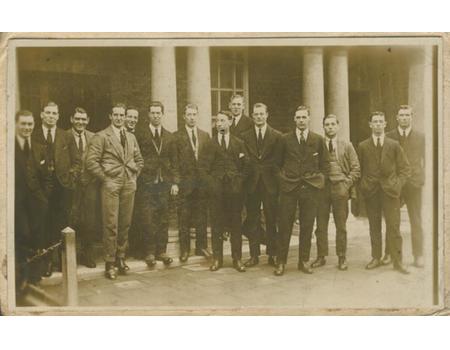 Football postcard of the Bolton Wanderers squad in suits prior to the 1923 FA Cup final, the first at Wembley and better known as the "White Horse" final. The card is laid down to a plain card that has been signed on the reverse by 13 members of the squad, including the full playing team - Smith, Jennings, Haworth, Seddon, Vizard, Pym, Finney, Nuttall, Jack, Smith and Butler.