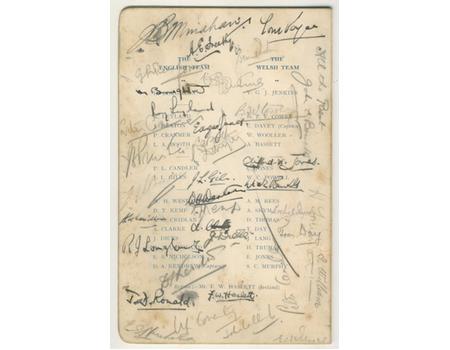 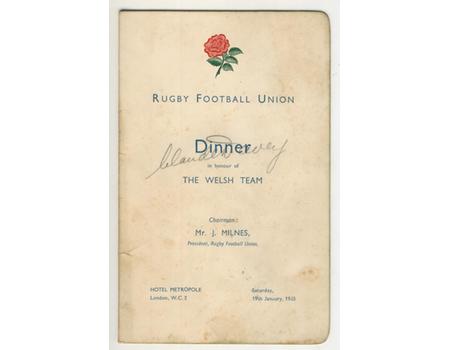 Menu card for a dinner in honour of the Welsh team, held at the Hotel Metropole on January 19th 1935. Earlier in the day England and Wales had drawn 3-3 at Twickenham. Signed to the front cover in pencil by the Welsh captain Claude Davey, and to the back cover in ink and pencil by at least 36 further players, officials and stafff. Two further pencil autographs to inside. The autographs include Boughton, Leyland, Candler, Giles, Longland, Kendrew, Jenkins, Cowey, Clifford Jones, Powell, Skym and the referee FW Hassett. From the collection of Jimmy Giles, the England scrum-half.