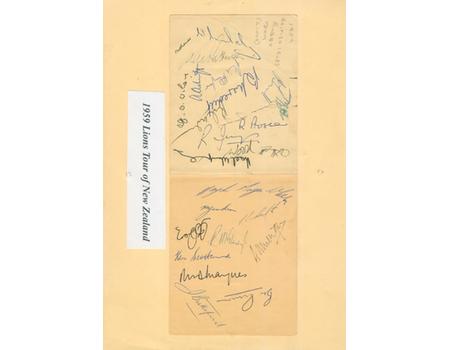 Each laid down to A4 sheet with title alongside. A few little marks, but generally very good.