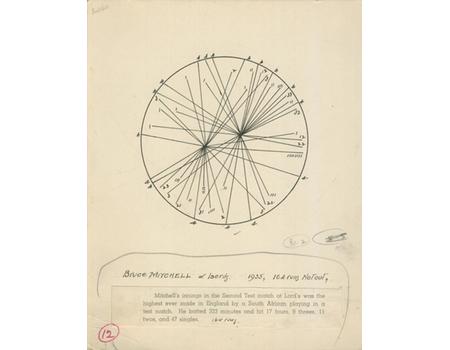 Handwritten original radial score chart of Bruce Mitchell's 164 not out in South Africa's second innings of the 2nd test match at Lord's against England, June 29th-July 2nd 1935, the highest score by a South African in a Test in England at that point. It also set up their first win in England by 157 runs - and they clinched the series 1-0. The chart was compiled in ink by Surrey and England scorer Bill "Fergie" Ferguson and was published in Mr Cricket: the Autobiography of WH Ferguson.