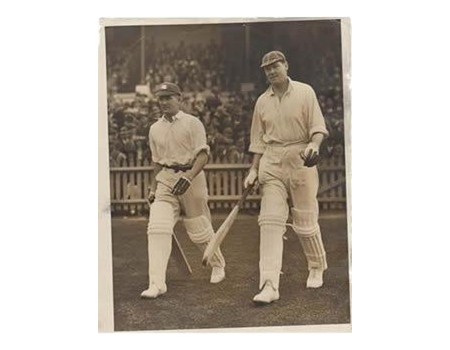 Original black and white Press photograph of APF Chapman (20) and H Larwood (43) walking out to continue piling up runs after Hammond's mighty 251 in England's then world record total of 636 against Australia at Sydney in the Second Test, Dec 14-20, 1928. England won by 8 wickets as captain Chapman retained the Ashes decisively 4-1. Larwood took 18 wickets in the series, a precursor to his destructive (and controversial) 33 wickets in 1932-33.