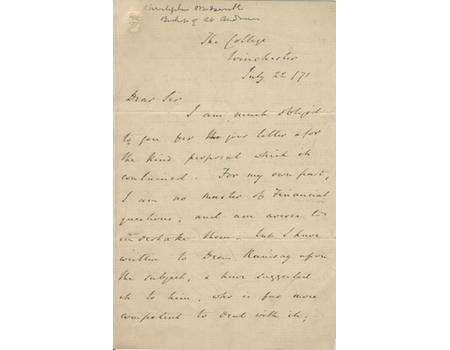 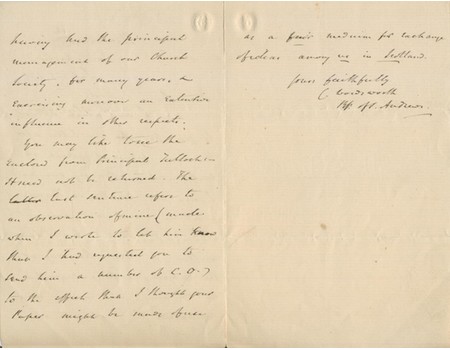 Original handwritten letter from Charles Wordsworth, the Bishop of St. Andrews, to an unknown recipient, dated 1871 and sent from Winchester College. The contents seem to relate to matters of the church. Wordsworth was the nephew of the poet William Wordsworth and was a noted rower and cricketer at Harrow and Oxford. He is widely credited with instigating the very first Varsity cricket match in 1827, in which he played and captained Oxford, and also the very first Boat Race in 1829, in which he also participated. A true giant in the history of sport.