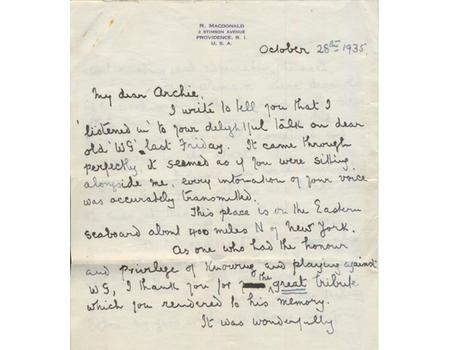 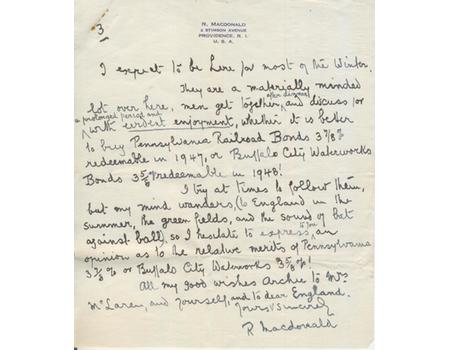 A very interesting handwritten letter from Dr Robert MacDonald to Archie MacLaren, dated October 28th 1935 and sent from Providence, USA. MacDonald, writing to "My Dear Archie" makes reference to a recent BBC Radio programme featuring MacLaren talking about WG Grace. MacDonald was particularly appreciative having "had the honour and privilege of knowing and playing against WG" and hoped that MacLaren would be interested to hear that the tribute was "heard across the seas at this distant point". MacDonald played cricket for Queensland and Leicestershire (1899-1902) and was the Australian Cricket Board's representative in England during the Bodyline controversy.

Three single sided sheets, each 18 x 15cm. Some light folds but generally in very good condition. Nicely signed by MacDonald at the end of the letter.