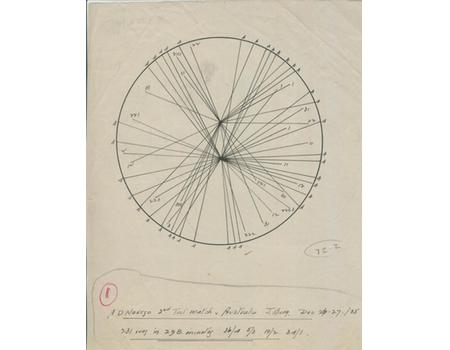 Original radial score chart of Dudley Nourse's 231 in South Africa's second innings of the 2nd Test match against Australia at the Old Wanderers, Johannesburg, 1935. This innings, at that time the highest test score for his country, saved a draw for South Africa in a series in which they lost 4-0. The chart was compiled in ink by Surrey and England scorer Bill "Fergie" Ferguson and was published in Mr Cricket: the Autobiography of WH Ferguson.