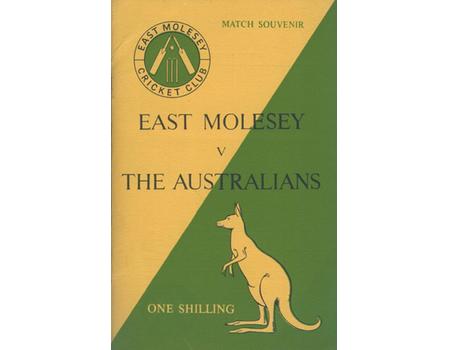 Official match souvenir for the opening match of the Australians 1953 Ashes cricket tour, played on April 26th 1953. The game was attended by the Duke of Edinburgh, just a few weeks before the Coronation, and was a big coup for the Surrey village cricket club. Trevor Bailey and Doug Insole guested for the hosts. This booklet was published by The Cricketer under the direction of Sir Pelham Warner.