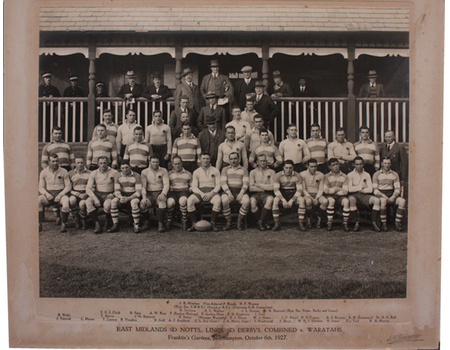 Official pre-match team photograph of the East Midlands & Notts., Lincs. & Derbys. combined XV and the Waratahs XV and their Officials from the match that  was played at Franklin's Gardens on October 6th 1927 as part of the NSW side's famous tour of the United Kingdom, France and North America. They won 24 and drew two of their 31 official matches.