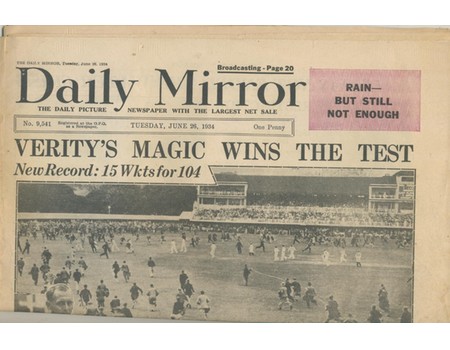 An edition of the Daily Mirror Newspaper for June 26th 1934. The whole of the front page, and much more besides, is taken up with England's victory over Australia at Lord's, where Hedley Verity took 15 wickets in the match. Much more of interest in the paper including the British Open Golf, Wimbledon, an attempted assassination of Gandhi and the impending death of a Turkish man who was alive during the Battle of Waterloo!