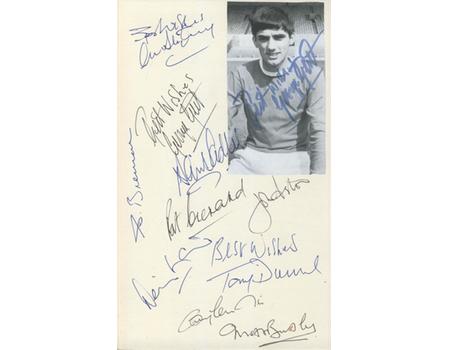 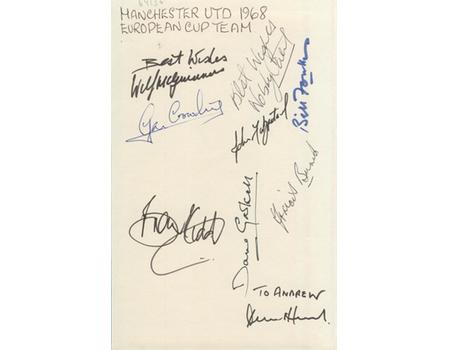 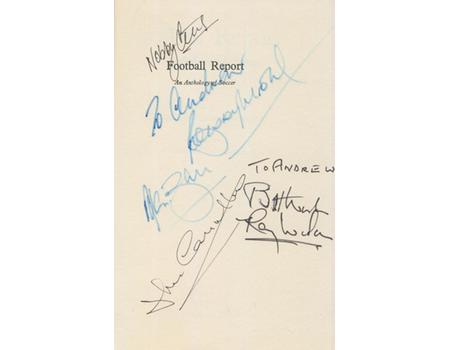 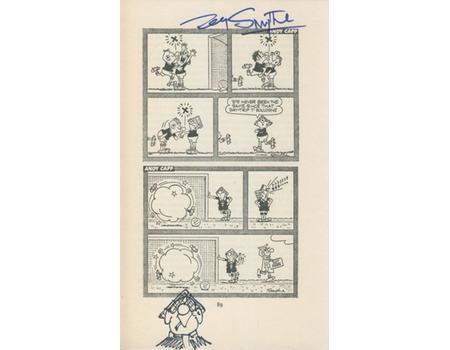 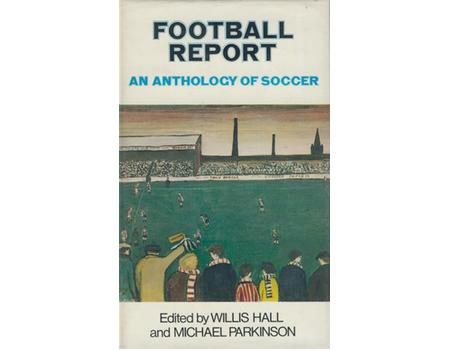 Signed to the front endpapers by the full Manchester United 1968 European Cup winning team - Stepney, Best, Sadler, Aston, Dunne, Charlton, Brennan, Crerand, Kidd, Stiles and Foulkes. Also signed by squad players Law, Hurd, McGuinness, Gowling, Gaskell, Burns and Fitzpatrick, as well as Sir Matt Busby. Best has also signed a magazine photo which has been laid down. Signed to half title-page and adjoining page by 7 members of the 1966 World Cup winning team, including Moore, Ball, B Charlton, J Charlton, Hurst, Wilson and Stiles. Also signed by Sir Alf Ramsey to rear endpaper. Further signed to page 119 by Tony Hatch, whose contribution to the book is included on that page, and by Reg Smythe, the creator of Andy Capp to page 89, with a hand-drawn cartoon of Andy Capp to lower edge. Some autographs are dedicated to "Andrew" - these are: Hurd, Moore, Wilson and Hatch.

A remarkable collection of autographs which are extremely rare to find all together.