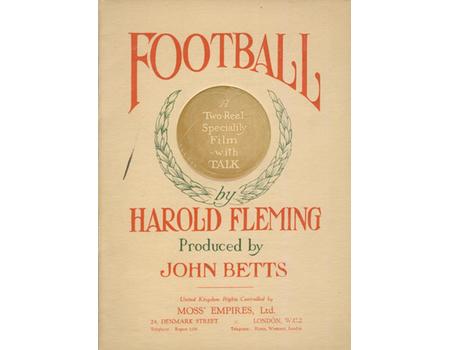 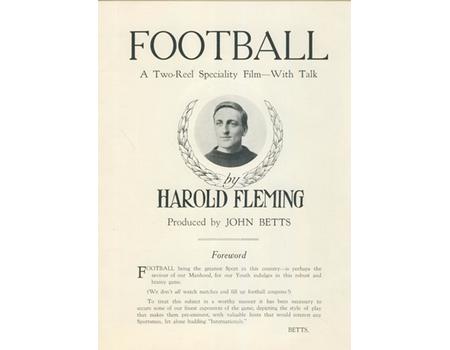 Brochure produced to accompany a film entitled "Football" which was produced in 1924 by John Betts and featured the great Swindon Town and England footballer Harold Fleming. It was intended as an instructional film and included demonstrations from many famous players of the time, including Alan Morton, Pym, Keenor and Gillespie. Fleming travelled around the country on a lecture tour that accompanied the film.

Single folded card with a four page insert which is now loose from the staples. Embossed image of a football to the front. Press cutting relating to Fleming's tour of the country slipped in. There is a small black ink mark to the front, but otherwise in fine condition.