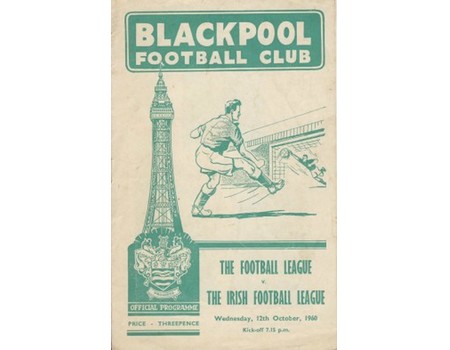 Official football programme for the match between the English Football League and the Irish Football League, played at Bloomfield Road, Blackpool on October 12 1960. The English League side included Danny Blanchflower, Denis Law and Cliff Jones in their line-up, while the Irish had Jackie Milburn, who was playing for Linfield at the time.

Sl grubby and rubbed, a couple of internal stains, nothing major. About good.