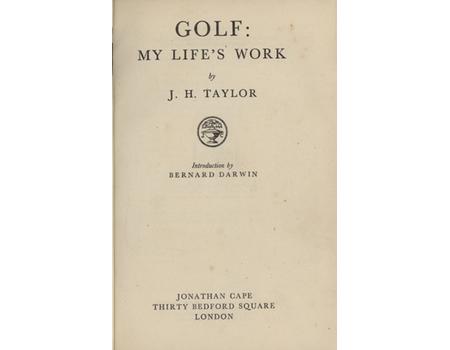 Autobiography of JH Taylor, with an introduction by Bernard Darwin. The author was the first British player to win the Open, in 1894, and won it five times in total, making him one of the great Triumvirate. One of the few golf titles to be published during the war.

First Edition. Small 8vo. 236pp on poor quality paper (wartime restrictions). Frontispiece (the author with WG Grace). In original green cloth boards (most were in red), lightly rubbed and marked. Newspaper obituary of Taylor, from 1963, is laid down to the rear pastedown and previous page.