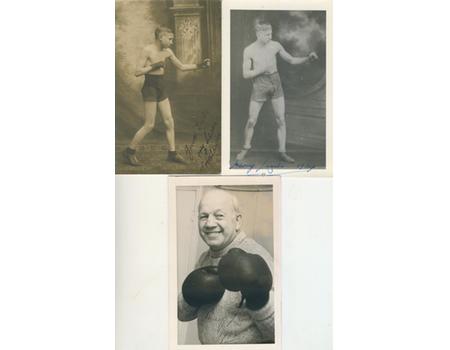 One postcard and two photographs of Harry Leach, the lightweight boxer from Woodlands, near Doncaster, who was active from 1917 to 1931. The postcard is of Leach while still a boy and has been signed in ink to the front, probably at the time (around 1914).  One photograph is from 1924 and is signed by Leach at a later date. The final photograph is of Leach in later years, signed in 1972 across the front. The photographs include his printed name and address to the reverse.